A survey conducted by Oxford University and the Institute of Education in London found that children are generally happier if grandparents are involved in their upbringing.

The research was based on the results of questionnaires with 1,596 children between the ages of 11 and 16 from across England and Wales. Researchers also conducted in-depth interviews with 40 of the children from a range of backgrounds. According to the Oxford study, relationships that adolescents have with their grandparents show that grandparents who are involved in the daily lives of their grandchildren can contribute to the children's well-being.


"We were surprised by the huge amount of informal caring that the grandparents were doing and how in some cases they were filling the parenting gap for hard-working parents," Buchanan said in a statement provided by Oxford.

► Authentic-Happiness.com, the #1 free global platform to shape your life 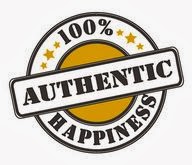